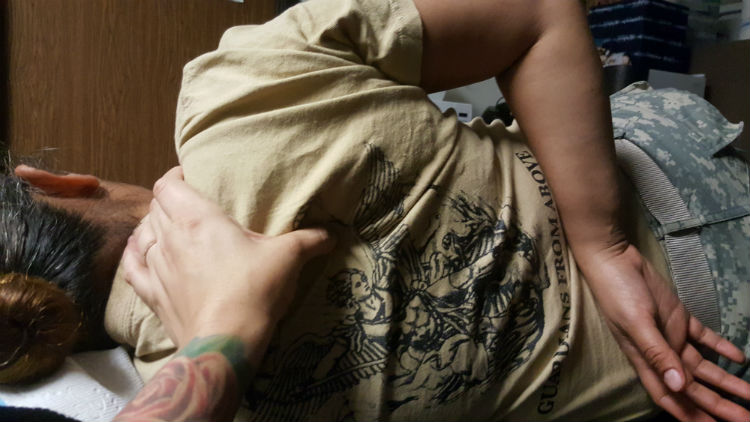 The response following Hurricane Harvey—which made landfall Aug. 25 in Rockport, Texas, before blowing through the state’s southeast over several days—is another sobering example how people in the massage profession help relieve pain and stress in first responders.

Among the more harrowing images of Hurricane Harvey news coverage were those of citizens and rescue personnel in boats—not traversing lakes or rives, but traveling down flooded city streets as they searched for and found survivors.

Massage therapist Kirsten Genchur felt first-hand the effects of those search-and-rescue missions in the muscles of first responders she massaged while set up at Katy High School in Katy, Texas, a city that Harvey left under water in many areas.

“A lot of them, what they were doing was pulling boats in and out of the water all day, and sometimes they would have to walk [through water] too,” Genchur told MASSAGE Magazine. “Their shoulders and forearms were on fire because they were lugging heavy boats in and out and then jumping in and out [of the boats] as part of search and rescue.” 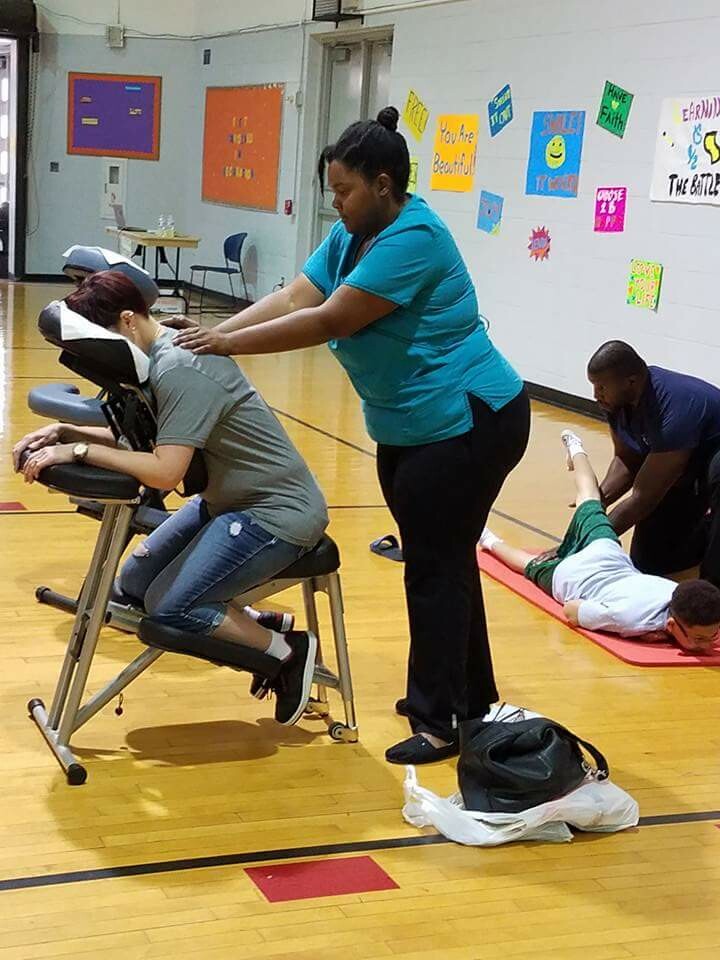 All that walking through water, she added, led to hip and calf issues. She saw many first responders limping down the high school’s hallways.

She worked for three days on members of the U.S. Army, Marines, Department of Public Safety, and Texas State Guard. Many of those first responders got by on two or three hours of sleep a night, working 16- to 20-hours shifts each day, with those hours of sleep spent on the high school’s floors, Genchur said.

Genchur doesn’t practice massage in Katy; she practices in Austin, Texas, 136 miles away. She has provided massage to first responders following fire and flood in the past, so when she heard how damaged Katy was, she called a client who worked for the DPS and asked him if she could be of assistance.

“He said, ‘absolutely, we’ll get you out here as soon as we can, because they are definitely hurting,’” Genchur recalled. She loaded her massage table into her car and drove to Katy, where over the next five days the 100 people working under her client performed 1,500 water rescues, according to an email the client sent to her.

Hurricane Harvey has killed, as of this writing, 60 people, according to multiple news reports; damage from it, Texas Governor Greg Abbot told Reuters, could cost up to $180 billion. As of Sept. 6, more than 14,000 single-family homes had been destroyed across the state, according to news reports. Most of the damage and deaths are due to flooding.

Have Chair, Will Travel

When massage therapist Ashley Sellers realized she had been spared the damage and flooding affecting so many of her fellow Texans, she, like Genchur, knew what she needed to do: Find a way to help.

“I felt if you live here and you didn’t suffer, you should be helping,” Sellers, who owns Skin Deep Massage in Seabrook and Clear Lake, Texas, told MASSAGE Magazine.

So, she packed up her massage chair and her service dog Trapper and made her way to the League City Police Department. League City has a population of 95,000 and is located in Galveston County, about 30 miles south of Houston. Some areas of League City flooded.

“The National Guard was stationed [at the police department] for the hurricane and sleeping in the jails,” Sellers said. “All staff was required to work, no matter what their personal situation was, even if their house flooded. As a result, a lot of officers had their families and pets all living inside the police station.”

In all, about 200 people were living in the police station, she said. 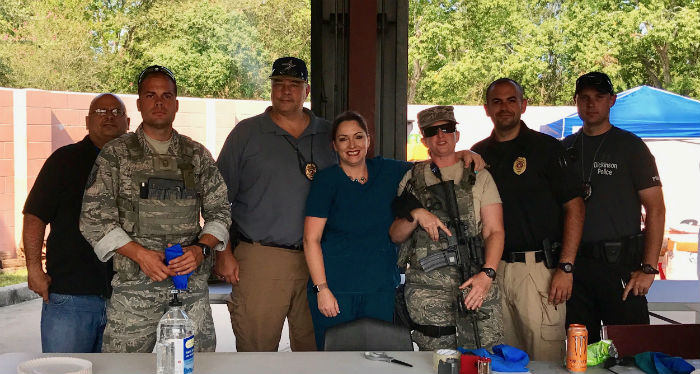 Sellers obtained permission from Police Chief Michael Kramm to set up her massage chair in the lobby, and then she began posting to Facebook to rally colleagues to help provide needed touch.

She also contacted Police Chief Daniel Presley, in the city of Webster, less than three miles away, “and he was very excited about massage therapists coming to his station,” Sellers said.

She said Chief Presley told her staff that they were required to stay at the police station 24/7, and some personnel was having some emotional difficulty. Soon, massage therapists Jurwana Schlesinger, Julie Jackson and Brittaney Wells had set up a massage area at the police station.

Massage therapy has been shown to support relaxation and stress relief, and massage therapists have volunteered to work on first responders and other service personnel since at least 1989.

That year, massage therapist James “Jim” Charlesworth (1957–2010), was an admissions counselor for the National Holistic Institute in Emeryville, California, when the Loma Prieta Earthquake hit. He mobilized volunteers to provide up to 8,000 massages to service personnel, including first responders.

Since then, massage therapists, schools and companies over the past years have responded in the aftermaths of such calamities as floods, earthquakes, fires, storms, shootings, terrorist attacks and tornadoes.

Despite the absence of coordinated efforts, massage therapists, businesses and school personnel are taking matters into their own hands and reaching out to Texans in need. Just a few examples of this type of outreach are: 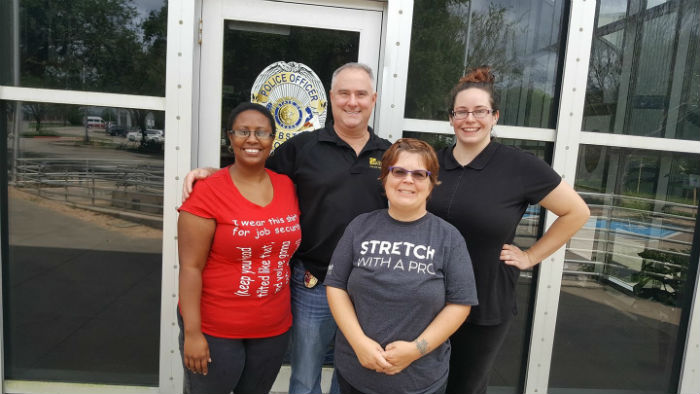 Texas is home to more than 26,000 massage therapists, some of whom will no doubt volunteer massage while many others will need ongoing assistance as the floodwaters recede.

Damage from widespread flooding and winds means area residents have just begun “the long wait,” according to a Sept. 3 article in the Houston Chronicle.

But if history is a teacher in this regard, the stress, tension and pain that lodges in the bodies of first responders and other service personnel will be relieved by the helping hands of massage therapists willing to step up, reach out, and volunteer healing touch in the aftermath of Hurricane Harvey.

Kirsten Genchur, the massage therapist who drove from Austin to provide massage to first responders staying at Katy High School, described how touch helps in a way that is simple yet profound: “When they’re feeling better, they’re able to go and do more rescues, to do more when they’re feeling their best. I was helping people help more people.”

Karen Menehan is MASSAGE Magazine’s editor in chief. Her recent articles for massagemag.com include “Getting to the Heart of Prejudice in Health Care,” “The Massage Chair Celebrates 30 Years,” and “70 Percent of Hospital

Patients Will Pay for Massage.”

If you enjoyed reading this MASSAGE Magazine online article, subscribe to the monthly print magazine for more articles about massage news, techniques, self-care, research, business and more, delivered monthly. Subscribe to our e-newsletter for additional unique content, including product announcements and special offers. 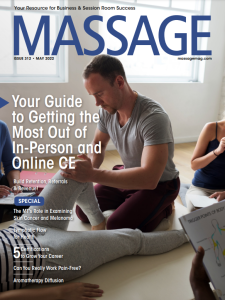 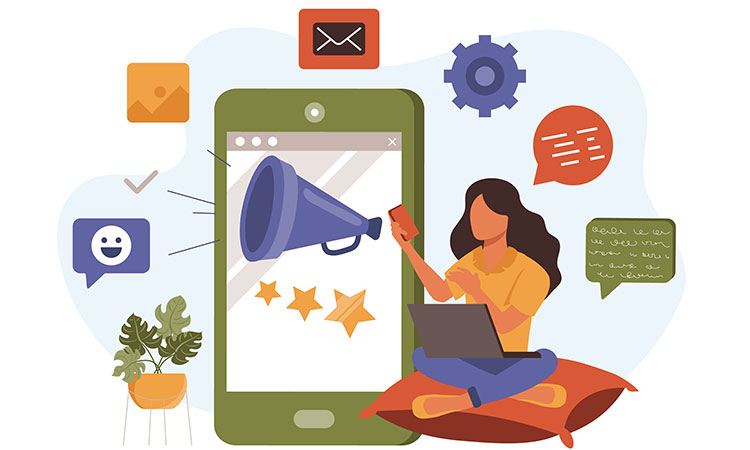 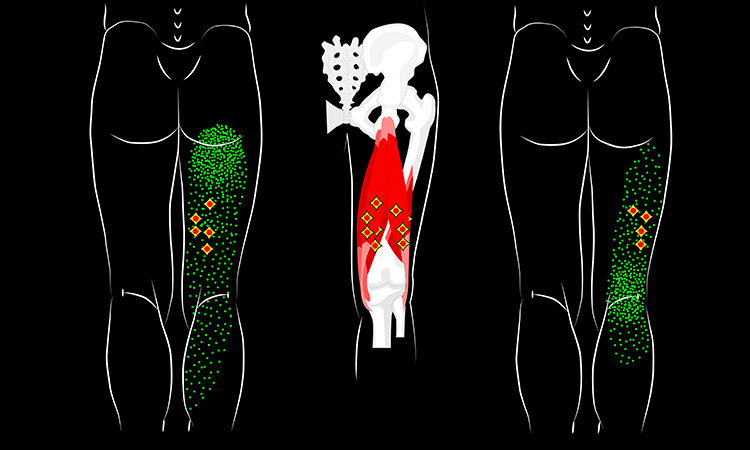 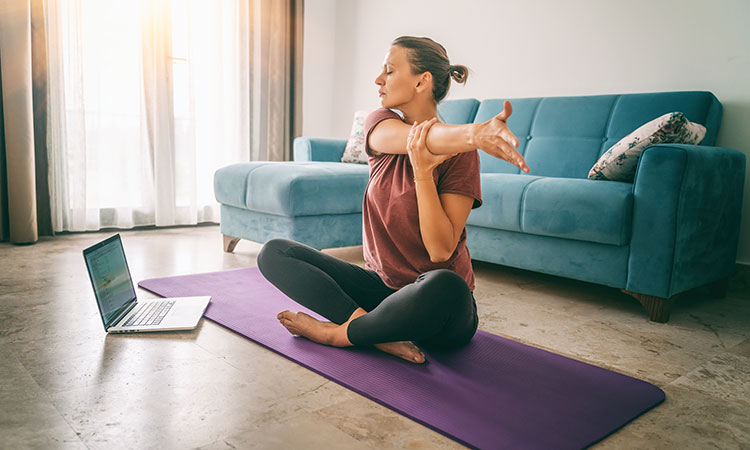